Home Cooking – A Writer in the Kitchen 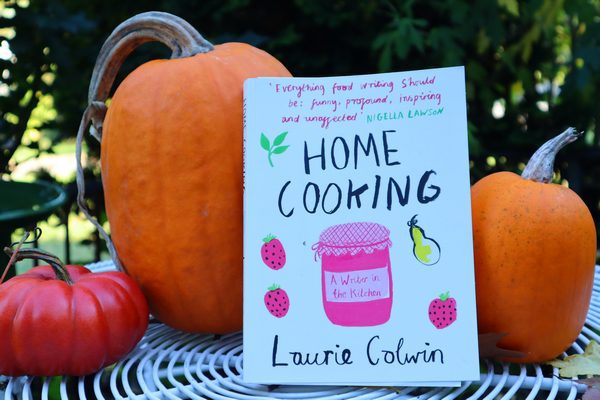 Home Cooking – A Writer in the Kitchen by Laurie Colwin

Who knows when or how I came across Laurie Colwin – I should really start writing this stuff down… I read this last year (2021 – when I became obsessed with cooking after several months of lockdown and no access to my favorite restaurant), and read it within 3-4 nights. It is a book, sort of like a cookbook, but also includes the author/cook’s musings on food, cooking, eating, friendships. I did not know anything about the author but I believe I must have discovered her after I did a deep dive into buying cookbooks recommended by other cookbook authors. Some of these cookbooks were WAY over my culinary level and interests, but with this book, I was immediately put at ease by Laurie’s down-to-earth wit and charm. Laurie writes as if she is riffing on stage at a comedy club, but then again, she’s not really TRYING to be funny. She just is! One day I am going to write a post on my thoughts about sharing a similar sense of humor with another person.

A few chapters into the book Laurie writes in her chapter titled: Feeding the Fussy:
“I will never eat fish eyeballs, and I do not want to taste anything commonly kept as a house pet, but otherwise I am a cinch to feed.” The chapter ends with “Host-and hostessing, as we know, is often a heroic endeavor, requiring daring, ingenuity, a desire to take chances and a concern for others. These traits are also called for in saints and Nobel Prize winners”.
Laurie shares many totally approachable recipes as well as suggestions on “how to disguise vegetables” and “how to avoid grilling”. I folded over several pages of helpful tips and simple recipes like: Extremely Easy Old-Fashioned Beef Stew, Baked Chicken with Garlic and Apples, and my favorite chapter is titled Repulsive Dinners: A Memoir. I literally just sat here giggling while re-reading it. I do wish I could share the entire chapter here but I will leave you with these lines:

“At the door, our hostess spoke these dread words: ‘I’m trying this recipe out on you. I’ve never made it before. It’s a medieval recipe. It looked very interesting.’” (the recipe involved eels).
Laurie is a seasoned cook and a hilarious author who knows how to write about food and cooking like she is sitting in your kitchen – just two friends spending the afternoon cooking and she is effortlessly cracking you up just by being herself. She’s one of those “we would totally be friends” chef people I keep a running list of in my imagination (along with Rachel Ray and Ina Garten).
I’ll post a recipe with pics of one of Laurie’s recipes this winter.
Stacia